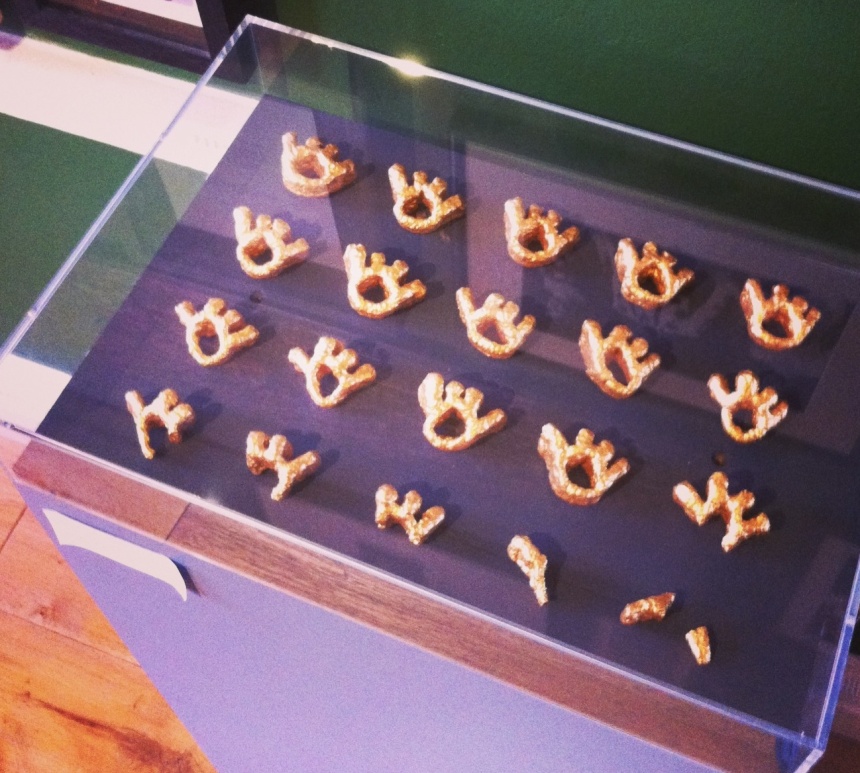 The final decade, the 1990s, was the beginning of the Celtic Tiger, and a decade also fuelled by the feel-good factors of Italia 90, the Presidency of Mary Robinson and the ceasefire in the North. An exciting contemporary artist working in a wide range of media, Caroline McCarthy’s practice often incorporates found and banal objects given an ironic, witty or hilarious twist with a quick change of context.

Caroline McCarthy is riffing on the bling, consumerism and disposability of the 90s by incorporating a packet of Monster Munch into her piece, which is called Think Big. Designed specifically as a museum exhibit, but sending up the very nature of significance and historical value, Think Big is an inventive commentary on that overblown decade.

With thanks to Caroline McCarthy

Watch a documentary about the collapse of the Celtic Tiger: