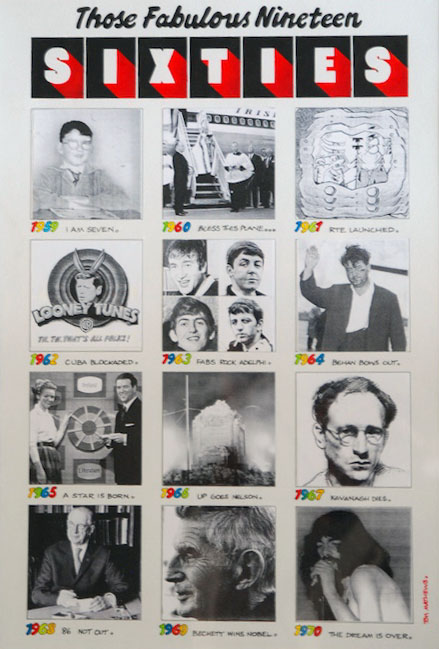 A Dublin institution, cartoonist Tom Mathews relives the sixties, with a witty, comic-strip approach to some of the decade’s highlights, including the visit of President John F. Kennedy, the deaths of Brendan Behan and Patrick Kavanagh, the blowing up of Nelson’s Pillar and The Beatles live at the Adelphi cinema.

Tom incorporates images of himself to bookend this dynamic decade, appearing as a boy at one end, and with a classic late sixties look at the other.

With thanks to Tom Mathews