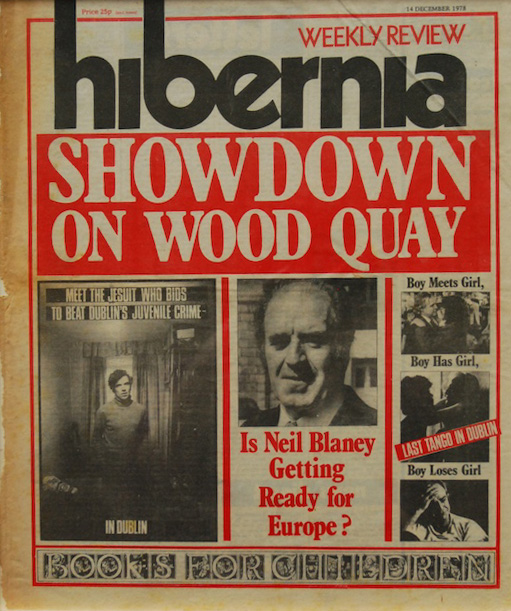 The remains of a viking settlement were discovered on Wood Quay

A site on Wood Quay was acquired by Dublin Corporation for their HQ in the 1970s. Excavations turned up a major viking settlement, but a vocal campaign to stop the construction of the new headquarters was unsuccessful. It was one of the key local battles of the decade.

Watch footage of the protests of Wood Quay: