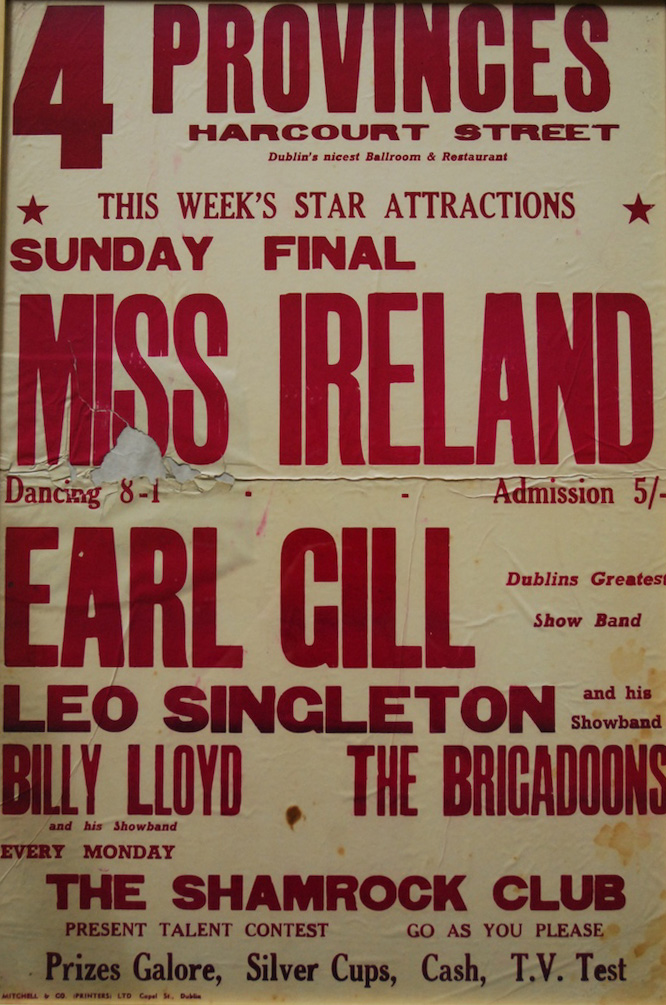 The Miss Ireland pageant has been running since 1947

This poster advertises the Four Provinces ballroom on Harcourt Street. An iconic hangout for many years, the 4Ps later became the Television Club before being demolished. Showbands were popular between the mid 1950s and late 1970s; they usually featured a lead singer fronting brass and rhythm sections and a keyboard instrument, playing popular hits of the day.