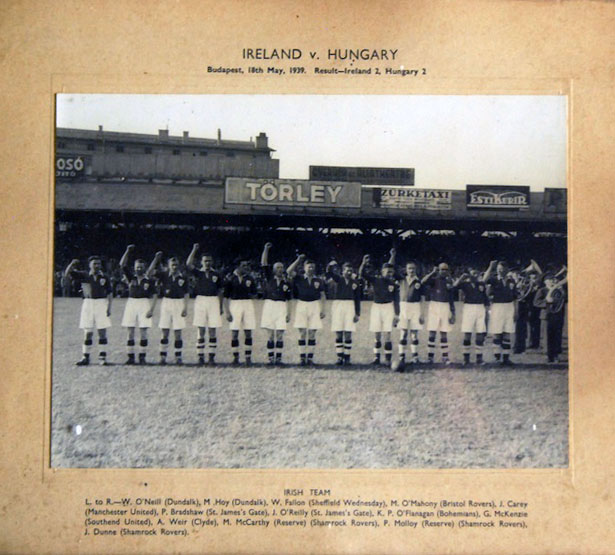 The Irish soccer team, who took on Hungary in 1939

At first glance it looks as if the Irish soccer team is giving a fascist salute in this picture, which was taken in Budapest. In 1939, Hungary was ruled by a right-wing dictator, and was close to Germany and Italy. But Hungary was not fascist, and while it did have a fascist movement, it was a threat to the ruling regime, and was actually banned in 1939. Some members of that movement, the Arrow Cross, did use a closed-fist salute (the classic fascist salute was open-handed) but the truth is probably more innocuous. Three cheers for Hungary?

With thanks to the FAI