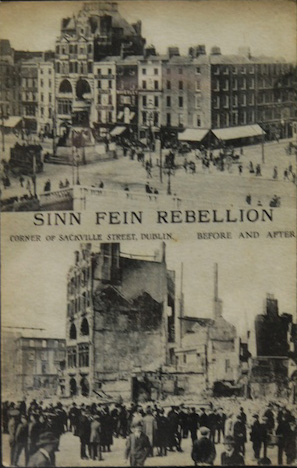 Sackville Street in the aftermath of the Easter Rising

This picture shows Sackville Street (now O’Connell Street) before and after the 1916 Rising. Like many documents of the period, it refers to the Rising as the Sinn Féin Rebellion. Sinn Féin had nothing to do with the Rising, though nationalists flooded into the party as public opinion turned against British rule.

Watch a documentary on the rise of Sinn Fein: